Bryan Dominguez, a senior from Scranton High School, has been nominated January Student of the Month by his Electrical Instructor, Robert Letteri. “Bryan is a true servant leader. He quietly leads and is a positive role model. The evidence of this is found in his compassion for others, willingness to learn new things, and his courage to overcome obstacles. Specifically, he builds others up, volunteers to do any task with a cheerful attitude, and is willing to learn new tasks. It is an honor to teach Bryan and CTC should be proud to have a student like him among us”, stated Mr. Letteri.  While in the Electrical program Bryan has maintained an A average over the past three years. He also has obtained his OSHA10, OSHA30, and Ladder safety certifications.

Bryan is actively involved at the CTCLC. As a Student Ambassador, Bryan has continuously been involved with community service efforts. Bryan recently helped create a CTC video that has been sent to all sending district 9th-grade students. The video is to spread awareness and highlight all the great and wonderful things that happen at the Career Technology Center. He is always one to help with 9th-grade tours and other activities throughout the year. Bryan also played an integral part in making sure the Electrical table for the 5th-grade career days was set up properly, interactive and informative. He also sits on the CTC Safety Committee.

At Scranton High School, Bryan is an online tutor and is on the Varsity Soccer and Track & Field teams. Bryan has been focusing on a future career in the military and plans to join the United States Air Force after graduation. 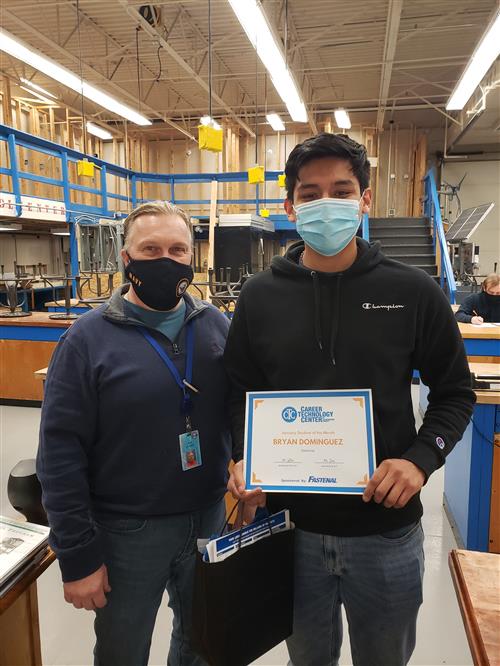